The exhibition Water from Ganges River in the Cup Made with Newspaper from Congo at Kunsthal Aarhus shows a broad range of Korean artist Kim Beom’s work and his approach to making art. Kim (b. 1963) is interested in how we see and interpret the world and what happens to objects, when our point of view is slightly altered, for example when a tick looks down from a dogs belly. In this simple, but radical change of perception, Kim questions the ways in which recognition is related to the act of seeing. His complex works address the relationship between the image and imagery, between facts and fiction, between the visual and tactile encounter.

There are often humorous approaches to his examinations. The words and the titles are playful and crucial denominators in the works. Kim’s subtle imagery and texts are full of puns; they point out absurdities in everyday life and society in general. The title of the exhibition, Water from Ganges River in the Cup Made with Newspaper from Congo, is a good example of Kim’s humble, poetic playfulness and complex worldview. Everything is tied together and nothing is what it appears to be.

The exhibition at Kunsthal Aarhus is divided into two parts. The works in Gallery 2 and 3 are mostly pieces Kim Beom developed during a residency at STPI Creative Workshop & Gallery, Singapore, in 2016-2017. The centerpiece consists of a table with sculptural black objects, Paper Wrapped (2016). At first glance they appear as abstract sculptures of different shapes and forms, however at a closer look some of them seem familiar or recognizable. The objects are in fact different daily products, that can be found in the back of the cupboard of most households and homes – such as toilet bowl cleaners, dishwashing soaps, instant coffees, chocolate bars – but here they are covered in pigmented paper pulp, also known as paper maché hence the title. The daily, but not highly valued objects, receives new attention in abstract forms. The lithographs surrounding Paper Wrapped are also abstractions. In these works Kim Beom uses language to bridge the gap between the abstract image and the narrative. One lithograph has given name to the exhibition and another is Untitled (Tongue of a Carmel Tasting Rock Salt at a Construction Spot in Egypt) (2016). The abstract image may not lead the viewer’s thoughts towards a camel or a construction spot in Egypt, but the title creates a short vivid narrative letting the viewer associate and relate to the abstraction in new ways.

Works from the ongoing series Blueprints and perspectives are presented in the Rotunda of Kunsthal Aarhus. Meticulously drawn architectural cyanotype prints echoes utopian buildings for A Floor Plan for Public Toilet (2016) or Residential Watchtower Complex for Security Guards (2016). The detailed drawings are satirical triggers questioning the exaggerated need for order and structures in our social institutions and in society at large.

In the downstairs’ galleries, Gallery 4 and 5, a selection of older paintings from the 1990'es and several video pieces are installed and carefully juxtaposed by Kim Beom. In A Rock That Learned the Poetry of JUNG Jiyong (2007), the absurd becomes normal. Animism – the belief that objects, places, and creatures all possess a distinct spiritual essence – is present in many of Kim Beom’s works, but in this particular work it blossoms and becomes obvious through Korean poetry taught to a rock. In another video, Yellow Scream (2012), paint brushstrokes – normally a silent act – is suddenly turned into an aural experience. The act of painting and the brushstrokes become a physical act filled with feelings, screams of terror or sorrow, connected to the painter’s voice. Besides animism these works have links to 20th century avant-garde movements such as Dada and Surrealism in their way of questioning the natural and rational order of things, questioning the real and fiction.

Kim Beom constantly wants us revisit familiar objects that surround us, and teach us that even the smallest of changes of our everyday, can throw us off the grid of perception and alter our way of experiencing objects and the visible world. The things we thought we new are no longer the same.

On the occasion of the 60-year-anniversary for diplomatic relations between Denmark and South Korea, 2019 has officially been nominated as culture year for our two countries. Kunsthal Aarhus has been given the honour to be in charge of the official opening of the year of culture in Denmark. Sunjung, president and chief curator for the Gwangju Biennale in South Korea, The Danish Minister for Culture Mette Bock, The Mayor of Aarhus Jacob Bundsgaard and ambassadors for South Korea and Denmark will participate at the opening.

This exhibition would not have been possible without generous loans from KOLON, Maeil Dairies Co. And STPI Creative Workshop & Gallery. 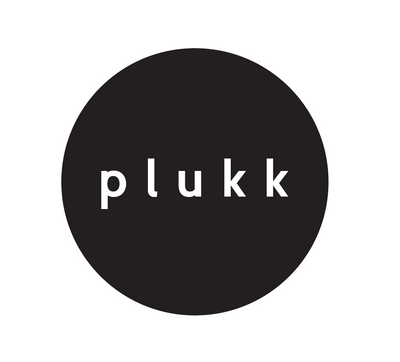