Abdominal Routes by Hwayeon Nam (1979, KR) explores the phenomenon of time. It explores and considers time as a matter of personal experience, but also as a yardstick for history and society. The exhibition comprises a number of video works, a sound work and a series of photographs that take over the entire lower floor of Kunsthal Aarhus. Hwayeon Nam has created a new work especially for this exhibition, a collaboration between Kunsthal Aarhus and Art Sonje Center in Seoul, Korea.

The title of the show, Abdominal Routes, aptly describes the exhibition architecture. Here, visitors can choose to follow the artist’s intended route through the works, thereby becoming part of a serpentining dance. But they can also choose to break free of the choreography, making their own way between the gallery’s pillars, structures and floating video projections. The routes also reflect the different narratives presented to us by the artist; narratives that have arisen at different times in different conditions and in different places.

Three freely floating canvases display the video work Throbbing Dance (2017), which takes its starting point in the cult film Flashdance (1983) as it explores and demonstrates how time influences cultural codes. Back in its own day, the film served as inspiration for a dance troupe in North Korea, a place rarely associated with American popular culture. In Nam’s video work, the dance reappears in yet another context as three South Korean dancers perform pieces from the film. The dancers are mimicking a trend in 2000s Korea, where individuals would upload dance videos on YouTube as a form of self-expression and self-representation on social media. Time is shown to be a factor that first strips a mainstream movie of its status in pop culture, only to subsequently transform it into a hyper-pop cultural phenomenon that can be appreciated by anyone and everyone on YouTube.

The video work Imjingawa (2017) takes its title from a North Korean song that was overheard by a Japanese. Afterwards, the song became a huge hit in Japan in the 60’s only now with Japanese lyrics. However, The General Association of Korean Residents in Japan, who are closely connected with North Korea, believed that they held copyright on the song. Thus, the song became a focus for cultural tensions. The song became banned in Japan but remains sung and remembered by the Japanese. For the exhibition at Kunsthal Aarhus, Nam and Korean Musician Youngyu Jang have created a sound installation that presents a new arrangement of the song. The sound installation transcends linguistic, historical and political boundaries between Korea and Japan and creates a transitional space without any orientation.

Hwayeon Nam is interested in the boundaries between individuals and history, between political and cultural heritage. When do we cease to be individuals and become part of history instead? She explores the social structures that govern us all, investigating time as the system upon which we build our shared reality. Various forms of archival materials often serve as the foundation of her works: she lifts objects, spaces and people out of their historical context and posits them within our present-day in order to renegotiate their meaning and significance. In so doing, Nam highlights the structures and human desires that underpin cultural translation and, not least, cultural reproduction. Nam’s work makes it clear that the times in which we live will always be influenced by our perception of time. We are always embedded in time, rounded by our own era. 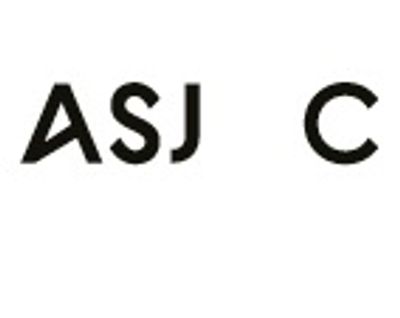